Although they are usually available in the vegetable section of stores and supermarkets, we should recall that fungi belong to a biological kingdom separate from plants, one of the five different kingdoms in which living organisms can be classified based on their evolutionary kinship. The unique biological characteristics of fungi, which allow them to stand out taxonomically from the rest of the living beings on the planet, make them not only an interesting food but also authentic biofactories whose potential, both in terms of diversity and applications, is beginning to be tapped into, as explained by Spaniard Marisa Peña. 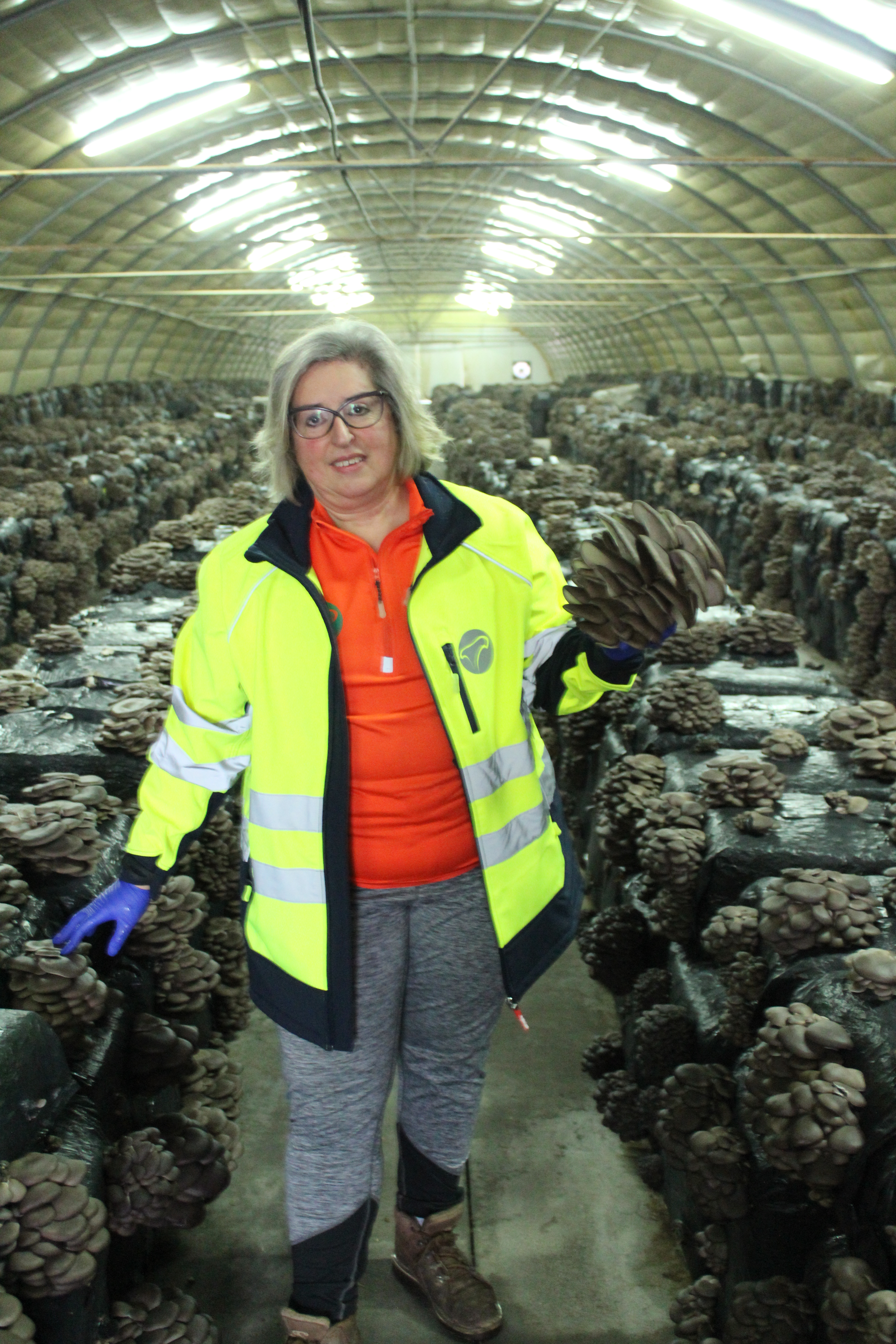 Spain is the world's fourth largest producer of table mushrooms and the main European producer of Pleurotus mushrooms. These two mushrooms are the most cultivated in the country, followed by the shiitake, which is considered an exotic or gourmet mushroom, says the manager of Mushrooms Solutions, who has more than three decades of experience in the mushroom sector.

About 15-20 years ago, I helped introduce shiitake cultivation in Spain. Since then, its consumption has increased a lot, and although market development for new mushroom species is very costly, the current trend in the mushroom sector is diversification into new species, such as poplar mushroom, thistle mushroom, lion's mane or flammulin. There is a whole range of fungi yet to be developed because fungi are, after insects, the second largest group of organisms on the planet. While only about 20-25 species have been developed for cultivation, there may be about one and a half million species, a large number of which have not even been described yet. 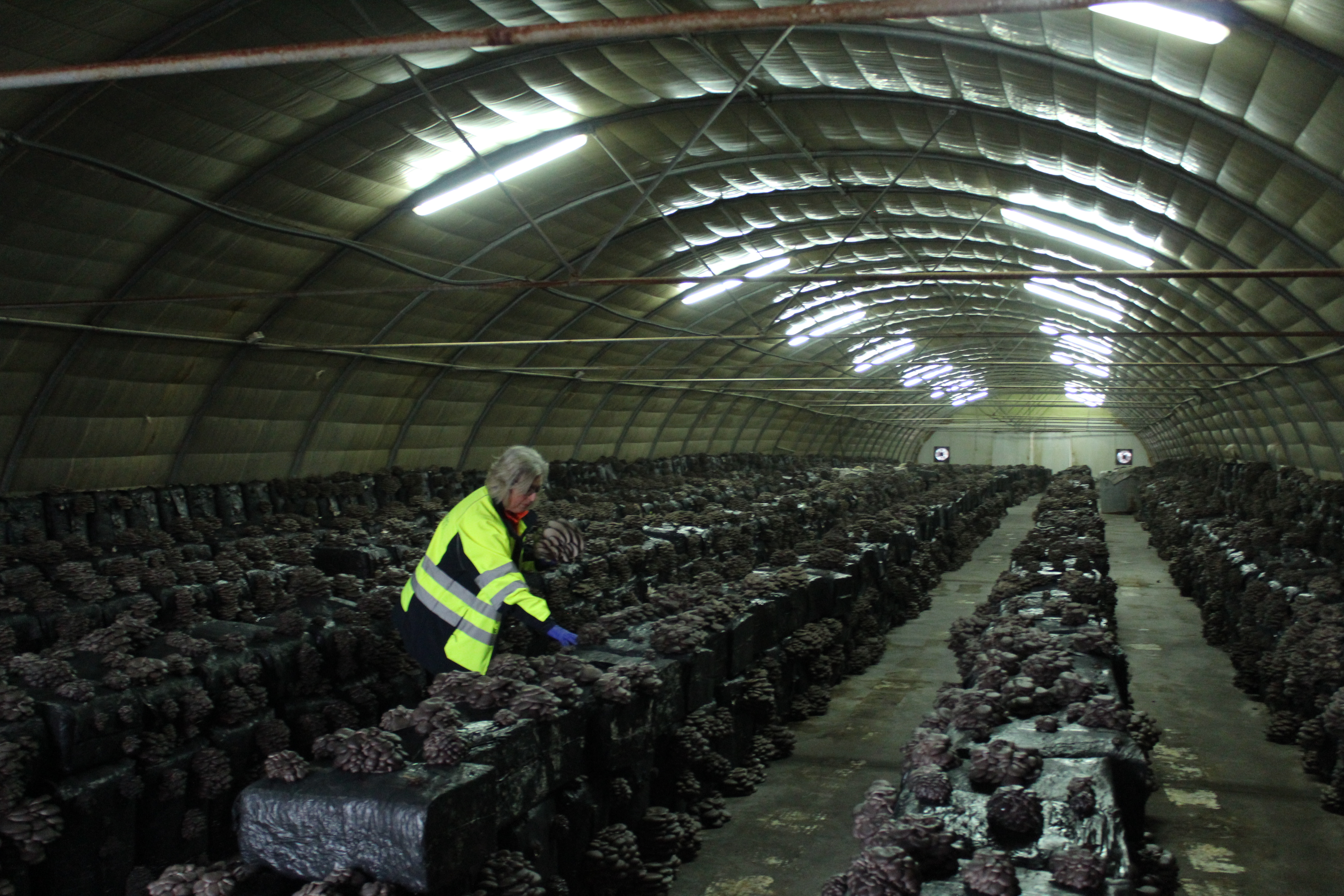 Table and cultivated mushrooms, as well as the seasonal wild mushrooms, have already become a regular part of our diet; but there is still plenty of room for growth in the market. In Spain, mushroom consumption has been rising and today it amounts to about 2 kilos per person per year, which is, however, still far from the per capita consumption of Asian countries, where there is a greater tradition in mushroom consumption. There they consume around 10 kilos per person per year, says Marisa (on the picture above).

At a nutritional level, mushrooms have very low fat and sodium content but have plenty of proteins and essential amino acids and vitamins, such as vitamin D, which is normally obtained in low doses through food and, to a greater extent, from foods of animal origin. Therefore, mushrooms are a very important source of quality protein in vegetarian and vegan diets.

It is also necessary to point out that mushroom cultivation is highly sustainable. By-products from agriculture or livestock farming are used to make the compost in which they are grown. In other words, we use products that would otherwise be wasted and obtain high-quality proteins in the form of mushrooms, she says. 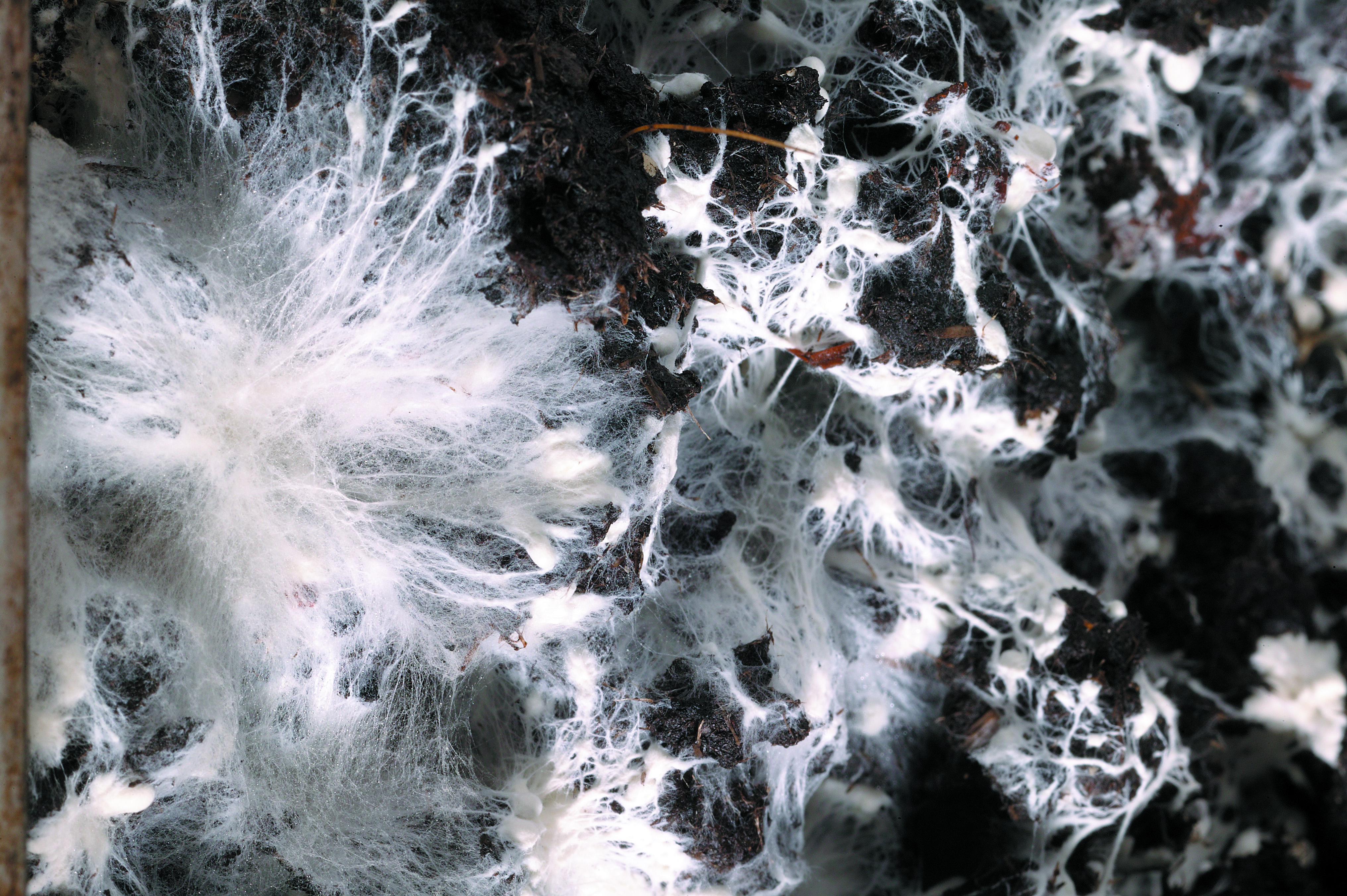 Their composition gives them important medicinal properties that are being researched in major universities and research centers around the world. It has been shown that, among other benefits, mushrooms help control cholesterol and hypertension, and they are antitumor and immunomodulators. In fact, there will soon be a congress in Belgrade that will focus on the medicinal properties of mushrooms and the latest advances.

For all these reasons, in my opinion, it is very important to organize promotional campaigns to encourage their consumption, and in Spain's case, to provide support to a sector that is very emblematic in our regions. The Spanish productions meet all phytosanitary and safety requirements demanded in Europe, while imports occasionally trigger alerts because of them containing preservatives such as formaldehyde, a highly carcinogenic product. 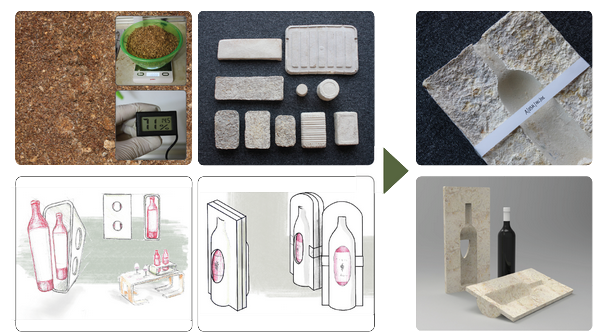 The use of fungi as food for their nutritional properties is the most obvious; however, they also have great biotechnological potential, says the expert. Fungi can be used to obtain extracts, enzymes, colorants, biofertilizers, biocontrol agents for biological control, molecules with biological activity... with applications in industries as diverse as cosmetics, pharmaceuticals, textiles, paper, and chemicals. 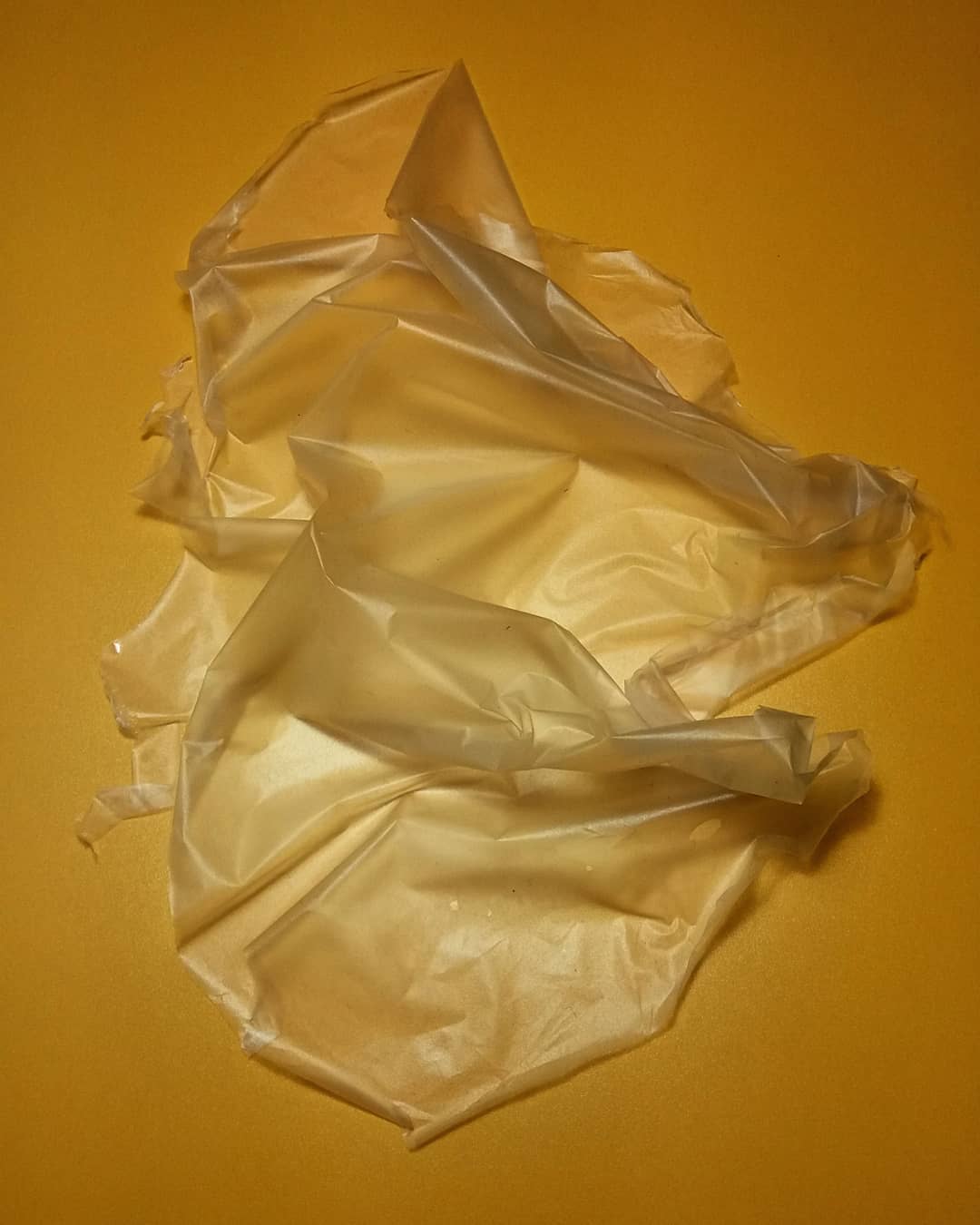 For example, we have recently been working on the use of fungal mycelium to obtain biomaterials with very interesting properties that make them an alternative to plastics. These fungal biomaterials are flame retardant, light, resistant, compostable and biodegradable, and can be used for multiple applications: in the packaging industry, as insulating or construction material, and even to manufacture electronic circuits.

All these approaches that aim to generate added value, with uses other than the nutritional, is what Mushroom Solutions is focused on. In fact, we are immersed in the search for programs and projects to continue promoting the development of biomaterials and the use of mushrooms as biotechnological organisms that can help us in the development of products for different types of industries.

I am convinced that the 21st century is going to be the century of the development of fungi as biofactories. We are only starting, and we are gradually discovering more and more, but we still have a lot to learn about the fungi kingdom, which is a separate kingdom for a reason.

UNICORN manufactures its own filters.The customer can choose between various types of filters for their bags, according to their needs of gas exchange, type of substrate formulation, the use to which the bag will be destined, etc. These parameters will define the filter requirements.The main...

I am convinced that the 21st century is going to be the century of the development of fungi as biofactoriesAlthough they are usually available in the vegetable section of stores and supermarkets, we should recall that fungi belong to a biological kingdom separate from plants, one of the five different kingdoms in which living organisms can be classified based on their evolutionary kinship. The...